CHANGES IN THE CHILDREN’S THEATRE 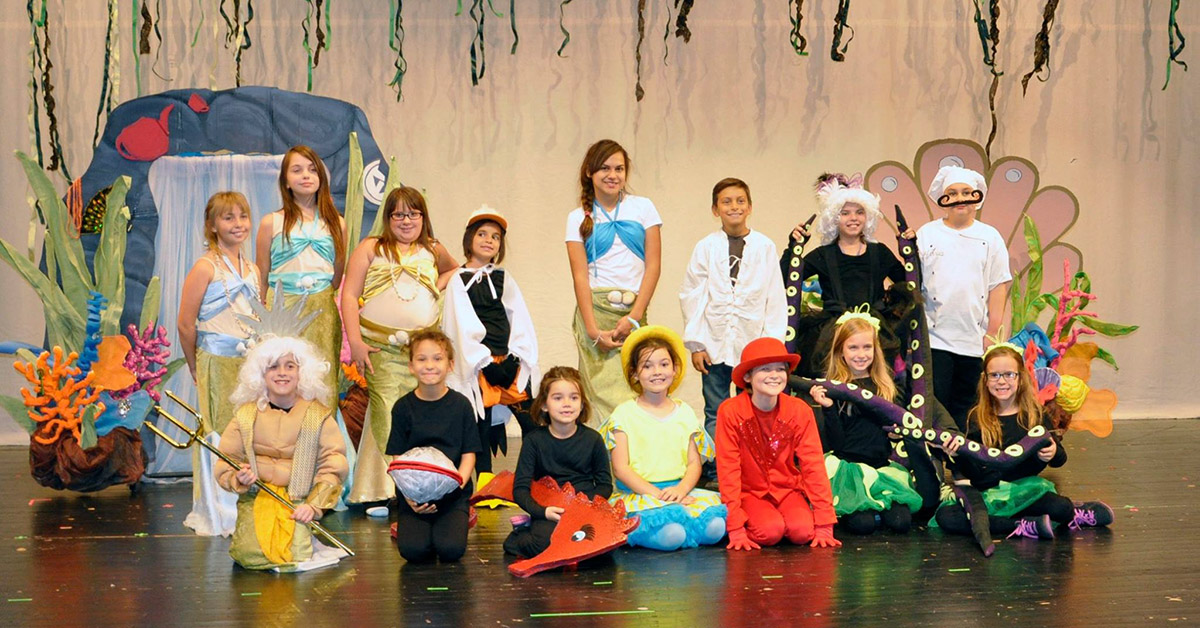 “The only constant is change,” and that has been the truth for the Artisan Village of Coolidge Children’s Theatre, which has made the change to ACT 1 Arizona Community Theatre in Coolidge. Their goal to bring theatre arts and performance opportunities to the youth of Pinal County began in 2015 with a cast of 15 in a production of “The Little Mermaid Jr.”

The entire program, led by mother and daughter team Kristi Freader and Rebecca Freader, has evolved and changed, filling a need in the local community for youth theatre. Their final production as the Artisan Village Children’s Theatre of “Peter Pan Jr.,” in April of 2017, closed with a cast of 42.

With consistent growth, the need to set up as a nonprofit 501(c)(3) was apparent. In spring 2017, the announcement was made that fall 2017 would be the debut of ACT 1. With the expansion, came a new space and new partnerships with the Cool Image Dance Studio.

Since moving into the new space, ACT 1 has held summer camps centered around art and theatre for a variety of ages. The first show to be produced by ACT 1 will be an unprecedented production of the hit musical “The Addam’s Family.”  This will be the first production that will feature ages 12 through adult. Auditions dates are planned for Oct. 20-22 at the Coolidge Performing Arts Center. Director Rebecca Freader has elaborate design plans for the show and plans to further community partnerships as part of the show.

The City of Casa Grande is looking for community minded individuals to fill vacant positions on the Planning and Zoning Commission. Applications will be accepted until Friday, July 8 at 4:00 PM. ... See MoreSee Less

Ready to be Active in Your Community? The City of Casa Grande has 20 boards and commissions that assist the City with information gathering and provide feedback on issues of interest to the community....
View on Facebook
· Share